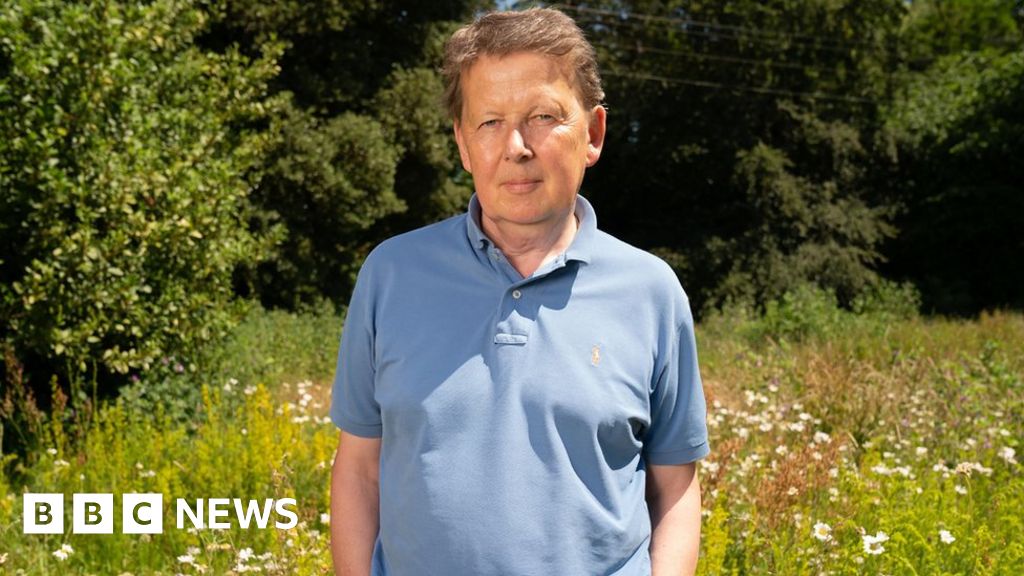 Broadcaster Bill Turnbull says there should be a “proper conversation” in the UK about the use of cannabis for medicinal purposes.

The former BBC Breakfast presenter, who was diagnosed with prostate cancer in 2017, discusses the issue in a new Channel 4 documentary.

“It’s legal, to a greater or lesser extent, for medicinal purposes in more than 20 countries,” he said.

“Intelligent, advanced countries. And I think we should be one of them.”

The Classic FM presenter is seen trying cannabis oil in Bill Turnbull: Staying Alive, which follows the presenter as he adjusts to life after his cancer diagnosis.

Producing cannabis oil in the UK can result in a prison sentence of up to 14 years, even if it is for medicinal purposes.

However, cannabis can now be legally prescribed to some patients in the UK, although this is carefully monitored and regulated.

The treatments can be prescribed only by specialist doctors in a limited number of circumstances, where other medicines have failed. They can be prescribed for children with rare, severe forms of epilepsy, and adults with vomiting or nausea caused by chemotherapy, or with muscle stiffness caused by multiple sclerosis.

The documentary sees Turnbull try several techniques, including altering his diet, to fight the cancer and ease his pain. The cannabis oil he samples is made for him illegally by an activist who produces it for free for those he considers to be in need.

Turnbull acknowledges he is breaking the law as he tries the oil. But, he says, given his prognosis, he’s willing to “break the rules, just this once”.

“I do think we need to have a proper conversation in this country about the use of cannabis for medicinal purposes,” Turnbull told journalists ahead of the film’s broadcast next week.

“We have something that has been used for thousands of years for medicinal purposes, which has only been illegal for 100 years, if I remember correctly.” (Cannabis was made illegal in the UK in 1928.)

He continued: “We need to start conversations about, ‘How can we usefully get the best out of what could be very beneficial to us, without causing damage to other people?’

“And understand, I’m not talking about recreational use. I’m simply talking about, ‘Let’s have a look at it for medicinal reasons’.” He describes it as an “unlit” area of the law, which “needs a lot more examination”.

The government’s decision to relax the laws on cannabis treatments last year followed an outcry when two boys with severe epilepsy were denied access to cannabis oil.

Canada became the first G7 country to allow recreational use of the drug in 2018. Some MPs predict the UK will fully legalise cannabis use within 10 years.

‘One bacon roll a month’

Speaking at Channel 4’s London headquarters in advance of the documentary’s broadcast, Turnbull made light of how much crying there is in the film.

“First of all, I am on a hormone treatment to suppress the testosterone, which does make me spill over. It makes you more emotional, more likely to cry, and crying is an important thing to do when you’re under this kind of stress.”

Since the documentary was filmed, Turnbull has continued with some of the lifestyle changes he’s seen making – particularly with watching what he eats.

“The diet is the biggest thing. I really try not to eat meat… I do have one bacon-egg roll a month, just to make life worth living,” he said.

“And I’ve pretty much given up alcohol as well, because I was getting a lot of pain. I’m not sure if this was to do with the cancer or something else, I don’t know, but I was getting big pain attacks in the middle of the night. So I thought, right, stop alcohol, and funnily enough, since I did that, I haven’t had any more [attacks].

“I try not to have sugar either. So yeah, I’m living a really exciting life!”

The film sees Turnbull speak to his former Breakfast co-host Sian Williams, as well as BBC Radio 4 Today presenter Nick Robinson – both of whom have spoken about their own cancer diagnoses.

The reason he was keen to front the documentary was “to give people a picture of what it’s like”, Turnbull said.

“A few years ago, cancer was a subject nobody wanted to go near or talk about. And I’m a big believer in shining a light on it actually, a bit like cockroaches, if you shine a light then they run away.

“I’d like to think other people would do the same thing I do, which is to say, ‘I’ve got cancer, so apart from conventional medicine, what else can I do? How can I help myself?’ And the process of helping yourself is also therapeutic, rather than being totally dependent on other people.”

Turnbull added that he only decided to get himself checked by his GP after encouragement (or “nagging”, as he put it) from his youngest son, Will.

“He lives in London, we live in Suffolk, and so every time he would see me I had a problem,” Turnbull said. “And he’s always been quite good at telling us what to do. I think because of that, he said, ‘Well you’ve still got this thing, what’s the matter with you?’

“And through the summer I said, ‘Oh I don’t need to’. And then finally, he said, ‘You really should go and see the doctor’. And so partly to stop him nagging I went to my GP, and he gave me a blood test just to be sure. And he called me back to the next day because he knew what was up.”

Bill Turnbull: Staying Alive is broadcast on Channel 4 at 22:00 BST on Thursday 24 October.