Benefits of CBD You Must Know – FactsAboutCBD 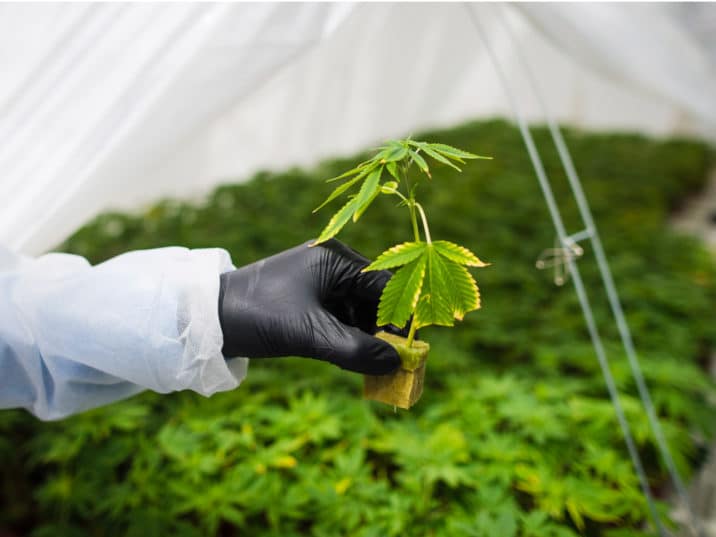 Colitis and Crohnâ€™s are two diseases with a number of similarities, and both characterized by gastrointestinal (GI) inflammation. However, the two are different in subtle ways that affect the kind of care given to people that have them.

Both diseases are currently treated in the same way â€“ through proper use of medication that targets the inflammatory response and reducing symptoms. Particularly, reducing the frequency of flares â€“ referred to as maintaining remission â€“ is a useful goal. With the proper administration of treatment, periods of remission can be extended, and the frequency of flares reduced.

One of the emerging methods that have been under study and shows great potential for future drugs is CBD oil, perhaps due to its anti-inflammatory properties.

Current methods of diagnosis and treatment of colitis and Crohnâ€™s

Crohnâ€™s disease and ulcerative colitis are both inflammatory bowel diseases (IBDs) that are characterized by uncontrolled inflammation. This results in gastrointestinal symptoms, and, if left unchecked, necessitates surgery or may lead to disability.

Currently, we do not know what causes them nor do there exist drugs for treating them. At best, people suffering from the condition can have their quality of life improved by controlling the symptoms, inflammation and carrying out immune-based therapies.

More recent advancements in medicine have enabled the management of these symptoms through a process referred to as â€˜deep remission.â€™ This involves objective evidence of biochemical changes in the bloodstream and has been attributed to marked improvements in patientsâ€™ well-being.

Despite these advances, there are still significant gaps in the treatment process of IBDs. A lot of patients suffer nonspecific symptoms such as loss of appetite, fatigue, nausea, and weakness. With the rise of CBD into the spotlight, especially after the legalization of hemp-sourced CBD oil, CBD and Colitis and Crohnâ€™s ought to be tangled together in the near future.

All evidence we have so far seems to suggest that CBD can help in the management of the disease. Despite being renowned for its anti-inflammatory properties, there isnâ€™t any definitive proof of it controlling inflammation in this case. Instead, it helps to keep a number of other symptoms in check.

Role of CBD in managing colitis and Crohnâ€™s

Inflammation is an immune system response to attacks by foreign bodies. It helps to prevent infection and kill pathogens, but can also be harmful if it goes on for a long time. Often, the immune system goes awry and begins attacking itself, as is the case with Crohnâ€™s disease, where the gut is continually under attack.

Itâ€™s also worthwhile noting that the human body is composed of networks of neurons and receptors found all over the body. The endocannabinoid system (ECS) is one such network, composed primarily of CB1 and CB2 receptors. The ECS is responsible for maintaining homeostasis in the body, including everything from controlling hunger, reacting to pain and controlling the circadian rhythm.

CBD oil has been shown to effectively combat nonspecific symptoms such as nausea, reducing pain and, most important of all, reducing inflammation. Scientists have not reached a solid conclusion regarding the latter of these effects, especially with regards to CBD and Colitis and Crohnâ€™s disease.

Empirical and anecdotal evidence seems to point towards improvement in patientâ€™s general health, work productivity and social functioning, and a subsequent reduction on pain and depression in patients. CBD has also been demonstrated to be very helpful in the relief of abdominal pain, diarrhea and an increase in appetite.

Each of these are currently known effects CBD tends to have on the body, and it doesnâ€™t come as much of a surprise the same can be achieved in people with Crohnâ€™s/Colitis. Major CBD outlets lime Greenland Farms have also routed a decrease in the need for Colitis-related medication upon the use of CBD oil for treatment.

We may not currently have concrete evidence to support the action with which CBD is thought to act, but it definitely leads to a definite improvement in the quality of life of people with Crohnâ€™s/Colitis.

« Some pet products touted as having CBD don’t actually have any, researchers say – The Colorado Sun Best CBD Products Out Right Now for All Users in 2020 – Vaping Daily »