Before Mixing Anti-Depressants and Cannabis, Read This – Green Entrepreneur 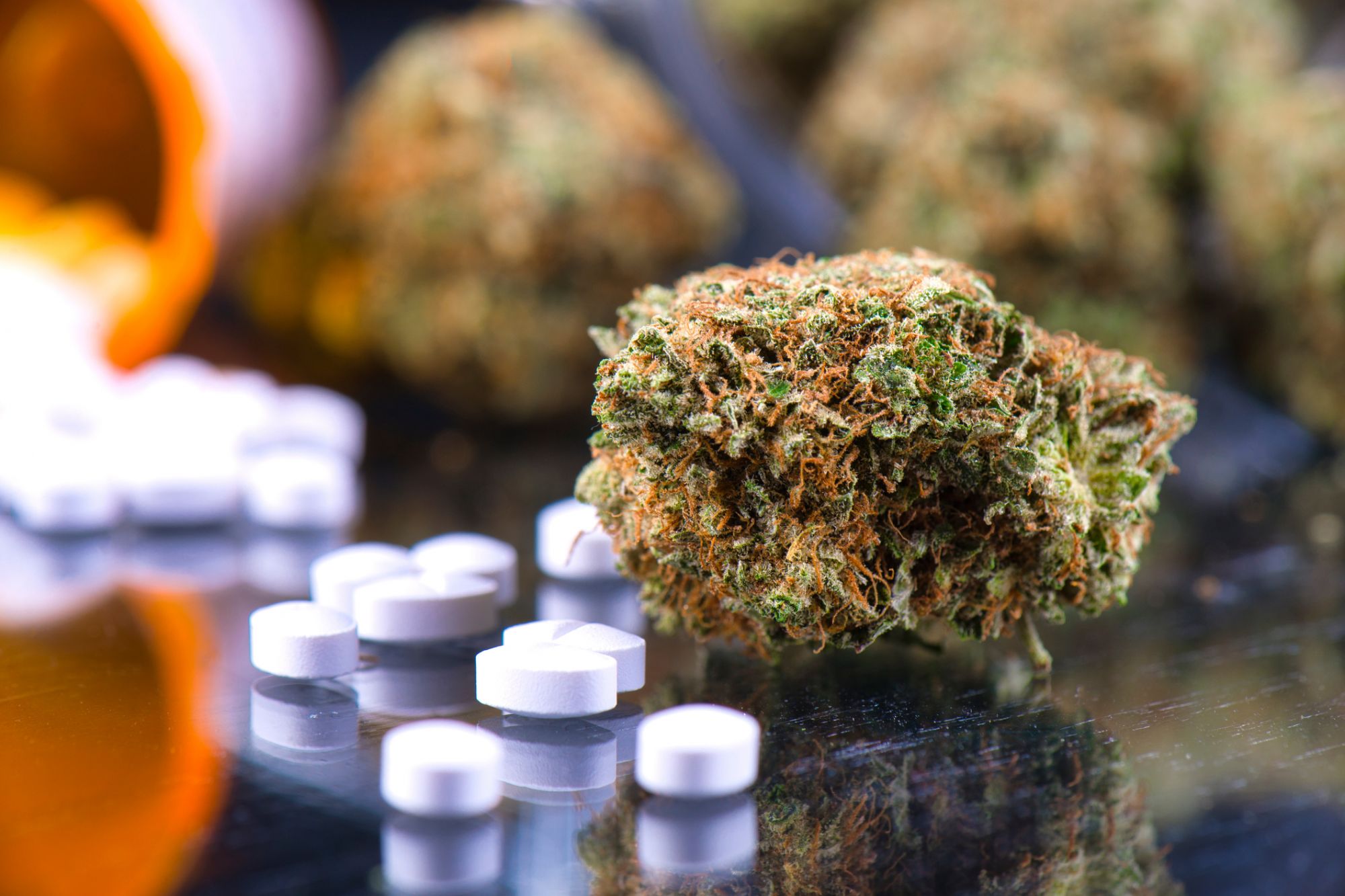 Brought to you by Weed Maps

You don’t need a study to recognize that mood elevation is one of the prime reasons people consume marijuana. It is, after all, called â€śgetting high.â€ťÂ  Still, studies do exist, such asÂ one in the journal Depression and AnxietyÂ that notes that easing anxiety is among the top five symptoms for which people in North America use medical marijuana.

When a blue mood persists or anxiety is chronic, however, many people choose to take an antidepressant medication, such as fluoxetine (Prozac), citalopram (Celexa), or sertraline (Zoloft). According to theÂ American Psychological Association, nearly 8% of people between the ages of 20 and 39 have taken prescription antidepressants in any given month.Â

Related:Â Ohio Medical Marijuana Committee Rejects Use of Pot for Depression but OKs It for Anxiety

If you’re already among this population, or you’re considering trying a prescription antidepressant and you’re a regular cannabis user, you’ll probably want to know how these meds and weeds interact. Do they enhance each other? Undermine the benefits? Are there any dangers to continuing weed use while you’re on an antidepressant?

Daniele Piomelli, Ph.D.,Â director of the University ofÂ California, Irvine,Â Center for the Study of Cannabis, said, â€śTruth be told, there is precious little work doneâ€ť on this topic.

â€śThere have been a few trials that looked atÂ CBDÂ orÂ THCÂ for anxiety and depression going back to the 1980s,â€ť he said. â€śIn general, the results have been positive, showing that cannabis has some effectiveness in countering mood disorders.â€ť But, he added, the number of study participants was so small â€” justÂ 25Â in one case â€” â€śthat it’s impossible to draw any medical conclusions.â€ť

What we do know, he said, is that our built-inÂ endocannabinoid system (ECS)Â plays an important role in mood regulation, including stress disorders and major depression. AnÂ endocannabinoidÂ called anandamide, which has been dubbed â€śthe bliss molecule,â€ť is especially vital to our body’s ability to cope with stress in a healthy manner.

AÂ studyÂ that Piomelli led in 2015 demonstrated that anandamide heightens motivation and happiness. Now, he’s looking at whether an anandamide deficiency might be linked to post-traumatic stress disorder (PTSD).

Related:Â Explaining the Benefits of Cannabis to Your Grandma

Synergies for weed and antidepressants

This research raises the prospect of synergy between marijuana and antidepressants. Could a few hits of your favorite strain along with 10 or 20 milligrams of paroxetine (Paxil) or Prozac counter distress more effectively than either alone?

â€śThat is very possible,â€ť Piomelli said. â€śWe’ve certainly heard anecdotally from a lot of people that cannabis helps them with stress and depression and I have no problem believing them. But, the endocannabinoid system is a very fine-tuned, delicate machine. It’s evolved over millennia to regulate our ability to deal with stress in a positive way and it can easily be thrown off balance.â€ť

The challenge in self-medicating with marijuana for depression or anxiety is it’s difficult to find the right dose. Too little, and there’s no impact; too much, and especially for novice users, there’s a risk of experiencing a panic attack. Without professional oversight, self-medicators also may overlook some other underlying condition.Â

â€śWhen physicians prescribe antidepressants or antipsychotic drugs,â€ť Piomelli said, â€śthey’re very careful, typically starting out with a very low dose and if that’s insufficient, increasing the dose slowly until the response is satisfactory.

â€śNow imagine a plant, like cannabis, that comes in a thousand different shapes and forms. You go to a dispensary and you’re relying on budmasters to help you navigate everything.â€ť Even the most astute budmaster can’t guarantee you’ll be able to repeat the experience you had a week ago.

â€śReproducibility is complicated,â€ť Piomelli said. â€śBecause cannabis products aren’t regulated by the FDA, you can’t count on consistency. You might find a product that is useful to you but when you go back to the same dispensary and purchase it again, the amount ofÂ THC, cannabidiol (CBD), orÂ other cannabinoidsÂ it contains might be slightly different and you’ll have a different response.â€ť

How weed impacts potency of meds

There’s another knotty issue: Namely, experts don’t know how weed affects what’s known as the â€śpharmacokineticsâ€ť properties of antidepressant medication. That term refers to how the body absorbs, processes, and disposes of a drug.Â

â€śIf cannabis consumption inhibits the metabolization of an antidepressant drug that would essentially increase its potency because there’s more of the drug hanging around the body,â€ť Piomelli said. â€śThis is a very important element of which we really have no understanding.â€ť The lack of data, he said, can put physicians in danger of prescribing an inappropriate dose of an antidepressant medication. And that, in turn, could mean a delay in relieving depression or even a worsening of the symptoms.

To safeguard against this, Piomelli recommended a few things. First, have a frank conversation with your physician about your cannabis use in the past, present, and future. If your doctor isn’t open to this conversation, you’ll probably want to find one who is.

â€śThis is something we have to work on as a society,â€ť Piomelli said. â€śAs a physician, your job is to help your patients feel better. Cannabis is used by millions and millions of people in the U.S. It’s now a legal product in a majority of the states. There’s no excuse for doctors not knowing how it interacts with the body.â€ť

Still, since there’s so much we don’t know about potential interactions between antidepressants and cannabis, Piomelli said that finding the right balance between both substances takes a lot of experimentation and has to be personalized to each patient. â€śThat might not be what people want to hear,â€ť Piomelli said, â€śbut it’s where we are right now.â€ť

Related:Â A Cannabis Entrepreneur Shares What She Wishes She Knew Before Starting Her Business

The case against quitting cold turkey

Whatever you do, Piomelli said, if you decide to start taking an antidepressant, don’t quit cannabis cold turkey, especially if you’ve been a heavy user.

â€śThe effects of cannabis withdrawal include depression, irritability, anxiety, loss of sleep and appetite, even suicidal ideation,â€ť he said. Plus, keep in mind that it takes several weeks for antidepressants to begin working, and even longer to find the optimal dose.

If you intend to cut down your cannabis use as you introduce antidepressants, or, conversely, if you’re currently taking an antidepressant and want to see if you can lower the dose by combining it with nightly vaping, go slow on titrating the dosages of both.Â  As much as you can, try to be consistent in the cannabis products you use.

â€śIf you shift to another kind of cannabis with a higher or lower level of THC, you might imbalance your endocannabinoid system and lose the ability to control your symptoms or precipitate a deeper depression or greater anxiety,â€ť Piomelli said.

You might also want to throw non-psychoactive tools into the mix, like mindfulness meditation, yoga, or tai chi.

â€śThere are lots of things,â€ť Piomelli said, â€śthat don’t come in a pill and can help lift your mood and counter stress.â€ť