Presented by the National Cannabis Roundtable

‚ÄĒ The recent outbreak of vaping-related illnesses and deaths is heightening concerns about the deluge of unregulated CBD products. Federal agencies are wrestling with how to create rules for the burgeoning market.

‚ÄĒ Whispers of marijuana vaping are starting to circle the halls of Congress, as two lawmakers this week told Wikileaf‚Äôs Matt Laslo they would like to see the federal action against e-cigarettes extend to marijuana in some way.

‚ÄĒ Utah‚Äôs Senate voted to scrap a plan to have state-run medical cannabis distributors. The proposal was a first for a U.S. state but ran into criticisms due to federal drug laws.

A message from the National Cannabis Roundtable:

IT‚ÄôS TUESDAY, SEPTEMBER 17. WELCOME TO POLITICO‚ÄôS DAILY CANNABIS NEWSLETTER. We are your go-to place for all cannabis policy news, even when you‚Äôre waiting for a presidential candidate to assume the stage. Be sure to keep sending us cannabis news, tips or feedback to nfertig@politico.com or @natsfert. And follow us on Twitter: @POLITICOPro. Read about our mission in our inaugural issue.

GLUT OF UNREGULATED CBD PRODUCTS RAISES CONCERNS ‚ÄĒ The recent spate of vaping-related illnesses and deaths is a cautionary tale for what can happen if regulations aren‚Äôt put in place to ensure that products are safe and accurately labeled. Could the glut of unregulated CBD products flooding the country be another public health scare waiting to happen?

The legalization of hemp under the 2018 farm bill, and the resulting barrage of CBD products ‚ÄĒ being used to treat everything from anxiety to cancer ‚ÄĒ is creating unease given increasing evidence that many contain ingredients other than what‚Äôs being advertised.

Multiple agencies are wrestling with how to quickly create a framework for states to establish hemp farming programs and how to regulate the flood of CBD products that are derived from the plant.

‚ÄúThere’s a lot of data collection that CBD and hemp is arguably bigger than marijuana when it comes to economic opportunity,‚ÄĚ said Taite McDonald, an attorney with Holland & Knight who‚Äôs closely tracking the regulatory process. ‚ÄúEveryone in the world is moving to this.‚ÄĚ

The regulatory process is somewhat of a black box. But the primary agencies struggling with how to respond ‚ÄĒ the USDA and FDA ‚ÄĒ have indicated where they‚Äôre headed.

What is the USDA doing? The USDA is under pressure to release guidance in time for farmers to plant hemp crops for next year. The agency already has provided direction on importing hemp seeds, transporting the plant across state lines and signing up for crop insurance. An interim final rule laying out what states need to do to establish compliant programs under the 2018 farm bill has been pending at OMB since June and could be released any day now.

The agency also held a day-long public meeting in May to solicit feedback from the public about the correct approach to regulating the products and received more than 4,000 comments. In addition, the agency put companies on notice that it‚Äôs monitoring the space closely with a July warning letter to Curaleaf ‚ÄĒ one of the country‚Äôs largest cannabis companies ‚ÄĒ detailing concerns about various medical claims that it was making about its CBD products.

FDA has promised an update sometime in the fall. But whether the agency will propose a more detailed regulatory framework ‚ÄĒ or exactly when that might happen ‚ÄĒ remains a mystery. That‚Äôs despite increasing pressure on the agency from lawmakers to take further action.

‚ÄúWe’re in this limbo period,‚ÄĚ said Jonathan Havens, co-chair of Saul Ewing Arnstein & Lehr‚Äôs cannabis law practice and a former FDA attorney. ‚ÄúIt could be any day, or it could be years from now ‚ÄĒ if ever.‚ÄĚ 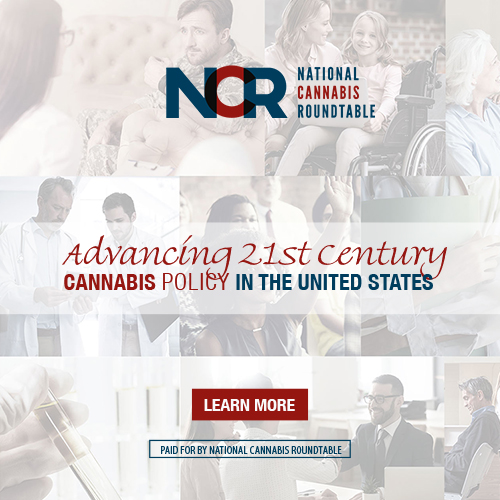 BANKING ASSOCIATIONS ASK HOUSE LEADERSHIP TO BRING CANNABIS MEASURE TO FLOOR ‚ÄĒ The Independent Community Bankers of America sent a letter Monday urging Republican and Democratic leaders to schedule floor time for cannabis banking. It points to businesses related to the cannabis industry that may also face banking problems such as landlords, accountants and utilities providers.

‚ÄúThese ancillary businesses may be difficult to identify in states that have legalized cannabis,‚ÄĚ the letter says. ‚ÄúAnd potentially create a legal and regulatory conundrum for even those banks that choose not to serve [cannabis related businesses] directly.‚ÄĚ

Why is this important? Cannabis banking often is seen as something that would predominantly benefit large corporations. But the missive from a group of 40-plus small and independent banks sends a message that the smaller players want this legislation too.

FEDERAL MURMURS OF BANNING THC VAPE PRODUCTS ‚ÄĒ Wikileaf‚Äôs Matt Laslo reports that Sen. Catherine Cortez Masto (D-Nev.) and Rep. Rosa DeLauro (D-Conn.) are both advocating for an additional crackdown on THC vaping products, which until now have largely been left out of the conversation surrounding lung illness linked to e-cigarettes. ‚ÄúYeah, I want [a ban on THC vaping products],‚ÄĚ DeLauro told Wikileaf. ‚ÄúI think they are a real danger to people. Real danger.‚ÄĚ POLITICO reached out to both lawmakers but could not confirm their positions or how they propose to institute the ban when marijuana is already illegal under federal law.

Speaking of vaping, more states where marijuana is legal are moving on vaping, but only nicotine-based products, not THC-based e-cigs:

‚ÄĒ In New Jersey, POLITICO‚Äôs Sam Sutton reports that Sen. Bob Menendez (D-N.J.) has called for a moratorium on the sale of e-cigarettes and other products, but not of marijuana vaping products. Of the state‚Äôs three confirmed cases of lung disease related to vaping, none have been linked to legal medical marijuaan dispensaries.

‚ÄĒ And in California, POLITICO‚Äôs Angela Hart reports that Gov. Gavin Newsom on Monday called for legislation that would ban all flavored e-cigarettes. However, the governor has not addressed marijuana in his calls for greater e-cigarette regulation, despite at least one death in the state being linked to marijuana vaping.

Why is this important? As long as marijuana remains federally illegal, monitoring legal and illicit marijuana in legal states falls to state governments, and many of those governments are not addressing marijuana.

‚ÄĒ States with pending legislation to allow students to use medical cannabis on school grounds include New York and California, where a bill awaits the governor‚Äôs signature.

‚ÄĒ An appropriations rider first enacted in 2014 has protected states with laws permitting medical cannabis from federal interference. But ‚Äúconcerns about federal law have led to complications in integrating medical cannabis in schools,‚ÄĚ said Violet Cavendish, Marijuana Policy Project’s spokesperson. ‚ÄúSome state laws include provisions that allow for schools to not comply with laws that allow for medical cannabis use on school grounds if it is demonstrated that compliance will result in losing federal funding.”

‚ÄĒ An Education Department spokesperson didn’t respond to questions about the department‚Äôs position on federal funding or potential consequences for K-12 schools allowing medical marijuana use in states where it‚Äôs legal. Perkins Coie attorneys Emily Bushaw and Kathryn Ranieri, based in Seattle, wrote recently that Washington state‚Äôs new law ‚Äúmay get schools in hot water with federal funding requirements and the Drug-Free Schools and Workplace Act.‚ÄĚ

‚ÄĒ But Cavendish said her organization isn‚Äôt aware of the federal government taking action against schools with ‚Äúcompassionate policies‚ÄĚ on medical marijuana. ‚ÄúLikewise, we are not aware of any schools losing grants or funding for allowing medical cannabis,‚ÄĚ she wrote.

NY HEMP FARMERS: MORE REGULATIONS, PLEASE ‚ÄĒ The state‚Äôs hemp farmers are pushing for the state legislature to pass a hemp regulatory bill, POLITICO New York‚Äôs Nick Niedzwiadek reports. Upstate New York has become a hub for cultivators, including a 2,000-acre site by one of Canada‚Äôs largest marijuana producers. The bill would allow state agriculture regulators to license hemp businesses and create production standars. Hemp farmers say a regulatory framework would make their crops more attractive to processors who extract oils for CBD or use the plant for other purposes like textiles or building materials.

Why this is important: After Congress removed hemp from federal drug laws in the 2018 farm bill, the hemp and CBD industry has flourished with little regulatory oversight. While federal agencies have promised to release rules for the 2020 growing season, the existing hemp market has been in a regulatory limbo. Hemp farmers say the New York bill would create consumer protections and help them stay competitive with bad actors.

UTAH CONSIDERS MEDICAL MARIJUANA DURING SPECIAL SESSION ‚ÄĒ Utah senators voted 27 to 0, with two absences, to approve changes to the state‚Äôs medical cannabis program during a special legislative session Monday night. The bill proposes getting rid of the state-run medical cannabis distribution system after prosecutors raised concerns that it would effectively make government employees drug dealers under federal law. The new legislation, sponsored by state Sen. Evan Vickers, would license 14 private cannabis pharmacies. Eight would be licensed by March 2020 and another six would be licensed by July.

Why is this important? Uruguay, the first country to legalize recreational marijuana, has a state monopoly on the marijuana market, as do some Canadian provinces. No U.S. state has experimented with government-run cannabis sales before Utah passed its medical marijuana law in December 2018 ‚ÄĒ a controversial piece of legislation that replaced a voter-approved ballot initiative. The original law would have the health department license medical cannabis pharmacies along with distributing medical cannabis through county health departments. Drug policy researchers have found that state-run monopolies can minimize the public health harms of legal marijuana.

Canadian cannabis regulators have suspended the licenses of British Columbia-based Evergreen Medicinal Supply over compliance issues. It‚Äôs the second marijuana producer in the country to be sanctioned by Health Canada for noncompliance.

U.K. patients are criticizing a two-tiered medical marijuana system that caters to the well-off. Those with means can obtain a prescription from a private clinic that could cost more than ¬£1,000 a month, while others are forced into the illicit market, risking prosecution. ‚ÄúSo, because I am poor, I am forced to become a criminal. How is this fair?‚ÄĚ said one MS patient.

A message from the National Cannabis Roundtable:

The cannabis boom in America is real and growing. A diverse group of patients, veterans, bankers, law enforcement officers and many others supporting cannabis reform demonstrates a fundamental shift in our culture. 93 percent of Americans support cannabis marijuana reform and a strong majority support adult use. There are billions of dollars in new tax revenues on the line. There is the promise of almost a million jobs. New medical research gives hope to suffering patients. It‚Äôs vital that politicians respond to the overwhelming public sentiment for cannabis reform. The National Cannabis Roundtable seeks to educate policymakers and advocate for legislative change at the federal level and unlock the potential of this dynamic new industry. Learn more at https://nationalcannabisroundtable.org/

‚ÄĒ A patchwork of state marijuana laws has led to some interesting marketing efforts: While Massachusetts regulators have strict rules on marijuana ads, they do not ban advertising out of state (where the drug might be illegal).

‚ÄĒ Without EPA regulations on marijuana pesticides, states are left to their own devices when coming up with cannabis cultivation rules. But state regulators have little data to determine standards for the crop.

‚ÄĒ A Colorado hemp company has offered to settle a case with the Idaho State Police if the agency returns $1.3 million in hemp that it seized in a marijuana trafficking case. The company just wants its hemp back and to continue ‚Äúshipping its lawful product through Idaho in interstate commerce.‚ÄĚ

This article tagged under: