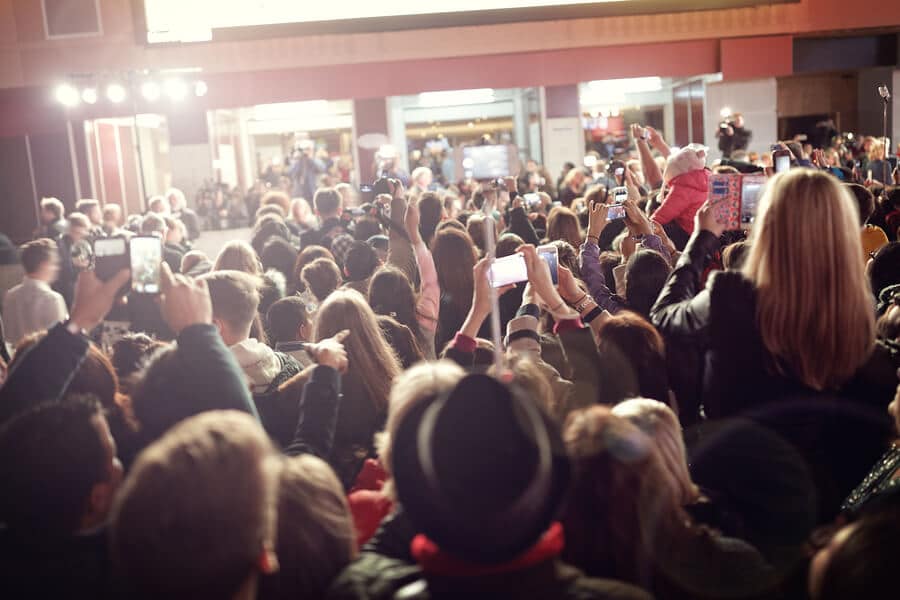 Thanks to growing legality and accessibility, CBD has become increasingly more popular. As of 2018, nine states have passed legislation allowing for both recreational and medicinal use of cannabis and cannabis-derived products. A total of 46 states (including those previous nine) allow for the use of CBD for medicinal purposes with a prescription, with some slight variations from state to state. More studies are discovering the many potential health benefits that may come with using cannabidiol.

The use of CBD isn‚Äôt relegated to common, everyday folk. Even celebrities have been using CBD for its many potential benefits. Let‚Äôs take a look at a few celebrities who endorse CBD and CBD oil.

Best known for starring in the Back to the Future trilogy and the original Teen Wolf, Michael J. Fox was diagnosed with Parkinson‚Äôs disease in 1991 at the age of 29. He has since begun using CBD as a means of alleviating his Parkinson‚Äôs symptoms. The Michael J. Fox Foundation for Parkinson‚Äôs Research has found that a high amount of cannabinoid receptors are found in the human basal ganglia, a group of brain cells responsible for movement and affected by Parkinson‚Äôs disease. Several studies funded by MJFF have found that cannabinoids, like CBD, may help to protect brain cells via antioxidant and anti-inflammatory mechanisms.

Famed comedian, actress, TV host, and author, Whoopi Goldberg has been open about her use of medical marijuana and her vape pen to help with her glaucoma and to reduce the pain from menstrual cramps. Goldberg‚Äôs outspoken endorsement of CBD and medical marijuana has even led to a business venture with medical marijuana industry veteran Maya Elisabeth, leading to the founding of the company Whoopi & Maya. The company‚Äôs specialties involve marijuana-infused products for women, including balms, tinctures, bath soaps, and sipping chocolate.

Nate Diaz is an American MMA fighter currently signed with UFC. Along with a laundry list of wins and honors, Nate Diaz is known for his feud with Conor McGregor. After falling to McGregor at UFC 202, Diaz openly smoked his vape pen at the post-match press conference. Diaz admitted to smoking CBD as a means of supporting the healing process, reducing inflammation, and generally helping him concentrate during fights and training.

Probably best known for her portrayal of Rachel in the long-running, much-lauded series Friends, Jennifer Aniston has admitted to the use of CBD. Aniston has touted her use of CBD products as a means of¬†improving her physical and mental health, helping her to reduce pain and relieve stress and lift her mood.

Truly music royalty, Rihanna has won nine Grammy Awards, 12 Billboard Music Awards, and 12 American Music Awards. She has sold over 250 million records worldwide, making her one of the best-selling musicians of all time, and there seems to be no end in sight to her output. Rihanna is open about her use of marijuana and continues to advocate for its wider legalization and usage.

Former TV host, radio talk show host, and actor, Montel Williams turned to CBD after being diagnosed with multiple sclerosis in 1999. Multiple sclerosis is a disease of the brain and spinal cord caused by the immune system mistakenly attacking and eating away the myelin covering the protects nerve cells. Some studies suggest that CBD may help to relieve symptoms of multiple sclerosis, and it seems to have worked out for Williams. He has since teamed up with Cura Cannabis and Lenitiv Labs to market a line of hemp-derived CBD capsules that are reportedly 100 percent free of THC, the chemical responsible for marijuana‚Äôs psychoactive effects. Williams‚Äô CBD products also boast handpicked terpenes that may help with a wide range of issues, including depression, inflammation, pain management, and memory loss.

Praised singer-songwriter and winner of two Grammy Awards among 15 nominations since she began her music career in 1988, Melissa Etheridge is a true music legend. In 2004, Etheridge was diagnosed with breast cancer and had to undergo chemotherapy and surgical procedures. Etheridge turned to CBD and medical marijuana as a means of coping with the pain and discomfort following her cancer treatments. She has since fully recovered from breast cancer, but Etheridge continues to advocate for cannabis legalization.

Steve Kerr has won five NBA championships, three with the Chicago Bulls and two with the San Antonio Spurs. He holds the record for highest career three-point percentage in NBA history. As the current head coach of the Golden State Warriors, Kerr has led the team to three championships and was awarded Coach of the Year in 2016.

In the summer of 2015, Kerr underwent lower back surgery. However, mistakes in the surgery led to cerebrospinal fluid leaks. These leaks were debilitating, causing headaches, vomiting, nausea, and impairment in the senses. The symptoms were bad enough that Kerr was absent for more than half of the regular 2016-2017 season. In order to manage the pain, Kerr turned to CBD and medical marijuana. He has since become an advocate of medical marijuana, especially as an alternative to more powerful and potentially addictive prescription painkillers.

An award-winning actress in film, TV, and theatre, Kristen Bell is the current star of The Good Place and best known for Veronica Mars. Bell uses CBD oil for her anxiety as well as CBD lotion to help soothe sore muscles after her workouts.

Of course, you don‚Äôt have to be a celebrity to use CBD products, and with growing legality and studies on its benefits, we can only expect CBD to continue to increase in popularity.

Do you have a favorite celebrity that endorses CBD? Let us know in the comments which CBD-enthusiast celebrity you‚Äôd like added to our list.