420: The Black Friday for a local cannabis dispensary – The Observer 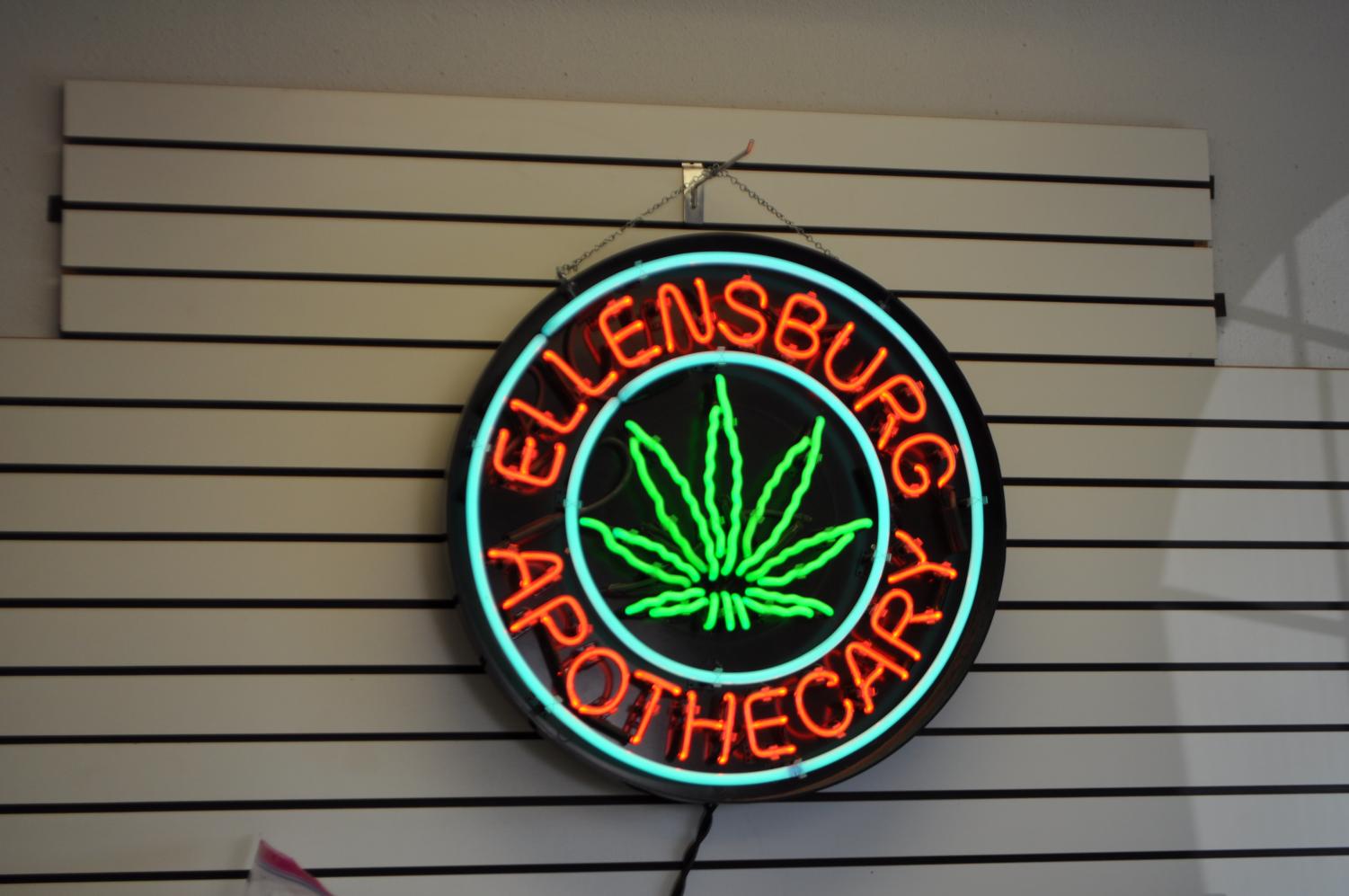 April 20 is not just a random day in the year. The date is unofficially the national holiday for cannabis. Unlike holidays like Christmas or Easter, this holiday is part of a growing non-traditional counterculture. Even in a smaller, more conservative, town like Ellensburg the green plant will be smoked, dabbed, applied topically, cooked, you name itâ€¦ in honor of the drug. Although this year the holiday falls on the day before Easter Sunday, one local business still believes the turnout will be better compared to the other 364 days.

There are many supposed origin stories to who coined the term â€ś420.â€ť Rob Hendrix, owner of Cannabis Central in Ellensburg, believes the most viable story involves the Los Angeles Police Department. He believes in the 1940s they had a police code â€ś420â€ť to classify a marijuana-involved crime. However, according to Snopes.com, the most accepted coining of the term stems from a clique of high school students from California in 1971. They referred to themselves as â€śThe Waldosâ€ť and would meet at a wall close to their high school at 4:20 p.m. Although there isnâ€™t a universally accepted history regarding the celebration, the day draws thousands in attendance at festivals such as Hemp Fest in Seattle, or the Mile High 420 Festival in Denver, according to Seattle Southside and the Denver Post.

Despite the smaller population, three Ellensburg dispensaries draw more business than usual on the once-a-year event. Cannabis Central plans to hold deals for three days in honor of the holiday.

This yearâ€™s 420 celebration, normally a day for relaxation and â€ślighting upâ€ť for CWU student Brooke Kuehn, is unfortunately timed. Because the day falls a day before Easter, the frequent user of the product will not be taking part in the festivities this year.

â€śIf I was going to stay in Ellensburg, I would go hang out with my friends and get super high. And laugh and watch movies and eat,â€ť Kuehn said.

Kuehn will be spending the weekend with her family on the west side instead. She described how her momâ€™s rough upbringing pressures her to not behave similarly to other weed-smokers her mother has known. Â

â€śI donâ€™t want them to think any less of me,â€ť Kuehn said.

In her everyday life, Kuehn is an avid user of cannabis. She firmly believes that cannabis helps her recover from hangovers, migraine headaches, upset stomach and brightens her mood.

â€śIt just makes you laugh and enjoy [life]. I know people [say] you donâ€™t need weed to have a fun time, but it makes it more fun,â€ť Kuehn said.

However, in a sentiment similarly shared by the owner and manager of Cannabis Central, Kuehn believes not everyone will have the same experience with weed.

â€śOther people get different experiences with what kind of weed they smoke, but I donâ€™t,â€ť Kuehn said. â€śWhatever kind Â of weed you give to me, I will smoke it.â€ť

CWU student Emilio Valderas will likely only be celebrating 420 if invited by his joint-lighting friends. While he rarely smokes by himself, he appreciates the social experience it can provide.

â€śI think smoking in the first place is such a socialized thing,â€ť Valderas said. â€śItâ€™s kind of awkward when youâ€™re just by yourself. You at least want to have one other person.â€ť

Without the shared bonding experience, Valderas said itâ€™s not worth it to celebrate alone. He also acknowledges money as another primary reason for his lack of desire to partake in the festivities.

â€śJust the main thing is money. I donâ€™t have money for this. I canâ€™t buy it even if I wanted to,â€ť Valderas said.

At Cannabis Central, the upcoming holiday is fun for people like Massey and Hendrix because they have a broad range of customers, not just CWU students.

â€śWe actually did a very informal study over a period of a week [in 2016] trying to make notations of peopleâ€™s ages, and the average age was somewhere between 40 and 41,â€ť Hendrix said.

Hendrix said that many of his customers arenâ€™t just weed-smokers but also those seeking relief for ailments of all sorts. Cannabis Central sells both recreational and medicinal cannabis. Their customers come to purchase not just joints or edibles, but also topical ointments used as a form of pain relief.

Hendrix strongly believes in the power of cannabis not only as a popular smokable plant but in the physiological benefits as well. The former car businessman turned cannabis business owner opened Cannabis Central five years ago. Having had numerous family members alongside himself suffer from cancer, he believes that the drug has done wonders in helping people with cancer treatment.

â€śIâ€™m not saying we can treat it. But if we can help a little bitâ€¦so you can stick with the treatment, that you donâ€™t have to live with your head in the toiletâ€¦well then God dang it Iâ€™m gratified we can do something like that. It makes it all worthwhile,â€ť Hendrix said.

Massey said she has seen the medicinal benefits in front of her very own eyes. Sheâ€™s worked at the dispensary as one of their â€śbudtendersâ€ť for almost five years now. Her husband works as a marijuana grower at Blue Rock Acres in Kittitas. She described stories about customers who went from suffering with cancer to believing they could fight it off. Sheâ€™s seen customers who have come in with a walker whom after taking CBD were moving with much more ability.

Massey stressed that not everyone will react the same way.

â€śEverybodyâ€™s different. Strains can affect people different ways. The same strain could make me sleepy but make somebody else energetic,â€ť Massey said.

Whether itâ€™s for lighting up a joint or treating varying degrees of illnesses, some people throughout Ellensburg and even the greater Kittitas County will be celebrating 420. Initiative 502 legalized marijuana in Washington State in 2012. However, this law comes with certain restrictions: Â it is illegal to consume marijuana in public, you must be 21 or older to purchase marijuana from a state-licensed store and there are limits to how much marijuana you can possess. For more information about these laws, you can visit Washington stateâ€™s liquor and cannabis board website.