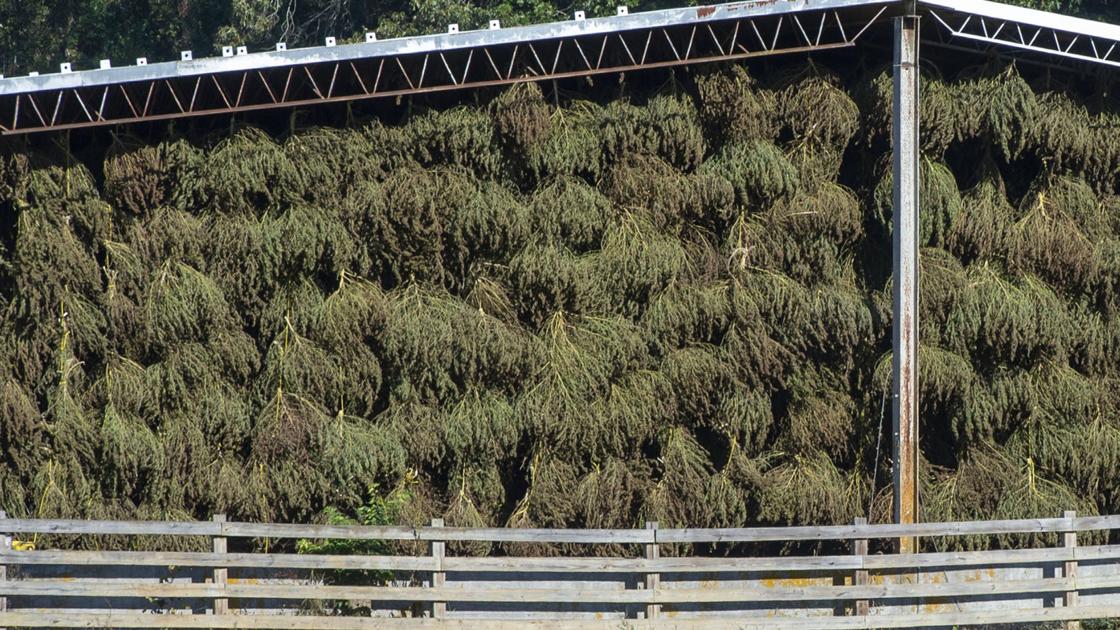 Growing industrial hemp in the Mountain Empire became possible with the passage of the 2018 Farm Bill, which legalized it in all 50 states and removed it from the governmentā€™s list of controlled substances.

Prior to 2018, it was grown in controlled research settings under terms of the 2014 Farm Bill.

The most recent change in federal law sparked widespread interest in the crop ā€” both the commercial uses of the plant and the cannabidiol [CBD] oils it produces. Hemp has a number of industrial and horticultural purposes, including in fabric, paper, construction materials, food products, cosmetics and production of cannabinoids, including cannabidiol or CBD.

CBD has been indicated as a treatment for pediatric epilepsy. Cannabidiol is also used for anxiety, pain, a muscle disorder called dystonia, Parkinsonā€™s disease, Crohnā€™s disease and other conditions, but there is no scientific evidence to support these uses, according to the website WebMD.com.

As of Nov. 1, there are 3,800 producers in Tennessee licensed to grow up to 51,000 acres of hemp statewide, according to the Tennessee Department of Agriculture. By contrast, about 3,500 acres were planted in 2018.

Growers cannot plant the first seed or seedling without registering and getting approval from their state and passing an FBI criminal background check. A license wonā€™t be given if the applicant has been convicted of a felony related to a controlled substance in the last 10 years, according to the Tennessee agriculture department.

Virginia law was changed in March 2019 to allow for the commercial production of hemp, to comply with the federal act. In 2018, four Virginia research universities planted 135 acres in industrial hemp. With the 2019 expansion, just over 2,200 acres were planted this year, according to the Virginia Department of Agriculture and Consumer Services.

In Virginia, growers must register with the state and, once registered, may plant as many acres as they wish, according to department spokeswoman Elaine Lidholm. As of Nov. 8, VDACS has issued 1,182 industrial hemp grower registrations, 262 processor registrations and 116 dealer registrations.

To legally possess hemp plants, viable hemp seed, hemp micro-greens, hemp leaves or hemp flowers in Virginia, you must be a registered industrial hemp grower, dealer or processor or an agent of one of these registrants for the purpose of growing, dealing or processing.

More than 20 other Sullivan County residents have a combined 60 state hemp growing licenses to grow both indoor and outdoor on sites ranging from a fraction of an acre up to several acres, according to the Tennessee Department of Agriculture.

« Cancer Research News: A Roundup of New Developments in Cancer Treatment – Everyday Health What we talk about when we talk about CBD: A Leaf Desk writer tries CBD oil – week four – The Leaf Desk »